Steve Hurley (Mass Fish and Wildlife) made the following video in November, 2016.

Watch the video and then read Steve’s own words explaining what he observed below.

This interesting finding was the subject of a popular article in Fly Fisherman Magazine.

Both videos are shown – above shows some post-processing color changes, below shows the original.

Observations of Trout Spawning Under High Tides During the Supermoon

Trout had been spawning in the area for a couple of weeks and the water levels I observed were at least 2 feet higher than the normal water level. I encountered a group of cadets from the Massachusetts Maritime Academy environmental monitoring class doing some water quality measurements and decided to show them the brook trout spawning areas to avoid. I was surprised to see the fish still hanging out near the redds. The class measured salinity levels near my Antenna 2 and measured 25 ppt at the bottom (full strength sea water is about 35 ppt) and 0.2 ppt at the surface. After downloading the PIT reader, I decided to try to film some underwater GoPro footage. This requires a long stick and careful placement to avoid spooking the trout. 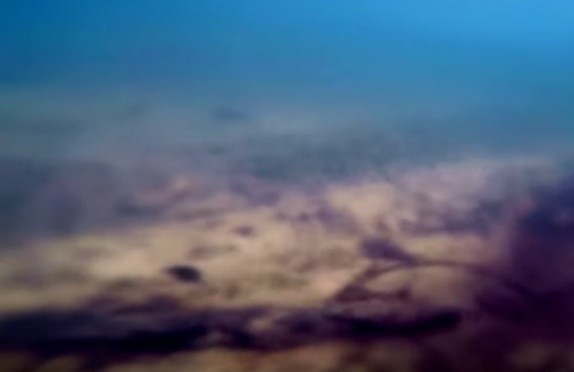 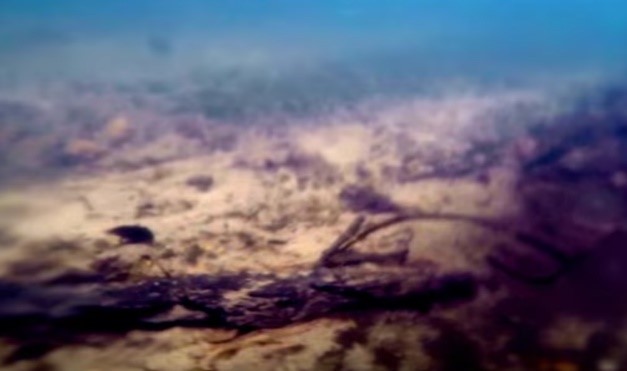 The footage shows the clear evidence of seawater (swirling patterns as it mixes with freshwater) but the brook trout continued to show site fidelity to the redds. A female trout will develop a redd, digging in the gravel, and hover nearby for extended periods of time while a male or males hover nearby ready for the critical moment when the female trout decides to deposit her eggs. Notice in the images below how clear the picture on the left is. This was captured mere seconds before the image on the right. The distortions on the right are caused when high concentration salt water mixes with low concentration fresh water. Chemists jokingly refer to this phenomenon as “whirly gigs,” and it occurs any time a concentrated solution mixes with an unconcentrated one due to the way dissolved chemicals, in this case salt, affect the waves of light as they pass through the water column.

Theodore Lyman noted spawning in tidal areas in his journal from November 6, 1873, “Mr. Lyman was down for the second time……Trout were seen spawning not only under the bridge but 1/3 down on the meadow where the tide makes.” The areas where the trout were filmed recently have been noted as heavy spawning areas since the removal of an old concrete flume in 2010, but this was the first time spawning behavior was clearly observed in a very saline environment. After the tide went out, trout were again observed in a more normal 4 to 12 inches of water. Since the eggs are buried in sand and gravel in areas with upwelling groundwater, the eggs that were in the redds should be able to survive this temporary exposure to sea water (a salt bath is sometimes used in fish hatcheries to treat disease and fungus). 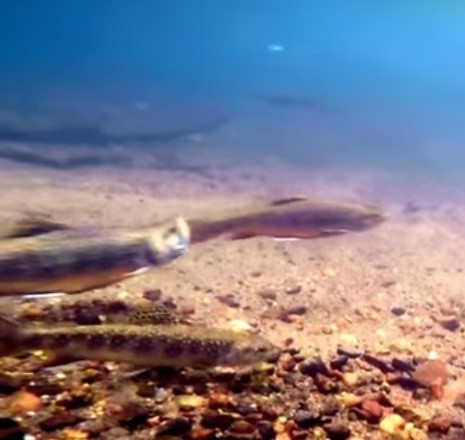 See anything peculiar here? As females hover near/over their redds, males jockey to be the lucky guy. In the image to the left, the larger, more dominant male bites the tail of a smaller male who’s trying to get in on the action. The circle highlights the redd, the fresh gravel dug up appears as a lighter color than the undisturbed gravel. In a matter of weeks, algae will begin growing on the newly exposed rock, darkening the redds to match the rest of the stream bed until the redd is totally camouflaged. It is important that as scientists and anglers alike, we remain wary of this fact, and from November through February, watch where we step within the stream. One wrong step could kill a lot of trout.