The Sea-Run Brook Trout Coalition is a non-profit organization established in 2009 for the purpose of protecting and restoring sea-run brook trout populations and the coastal watersheds that they depend upon.

Over the past two centuries, sea-run brook trout populations have declined throughout their range, with the most dramatic losses occurring in the southern part of that range in coastal watersheds between Long Island, N.Y. and Maine. Meanwhile, in Canada many sea-run brook trout populations are being damaged by irresponsible farming practices, development and over fishing.

The Sea-Run Brook Trout Coalition was founded on the belief that anglers, Federal, State and Provincial fisheries agencies, sport fishing businesses, and other environmental and conservation stake holders can unify to protect and restore sea-run brook trout and their coastal watersheds.

It has often been said that, for humans, brook trout are like a “canary in a coal mine”. This is especially true of sea-run brook trout and their coastal rivers and streams. Many of the activities that threaten sea-run brook trout populations also threaten the health and well being of human populations that live nearby. Pollution and harmful alterations of coastal watersheds inevitably damage the fragile marine ecosystems that we all depend upon.

In summary, while the focus of the Sea-Run Brook Trout Coalition is on the protection and restoration of sea-run brook trout and their coastal watersheds, we also believe that in doing so we can help to protect and enhance the quality of life of the people who live near sea-run brook trout streams.

Starting in 1975, Fran Smith and the Cape Cod Chapter of TU worked with state officials to preserve the land surrounding the Quashnet River. After the Commonwealth bought the land, thus saving it from residential development, Fran and TU invested tens of thousands of volunteer hours restoring the stream and cold water habitat. The results were amazing. In response to the habitat improvements, a small, remnant population of wild brook trout that had been clinging to survival in the stream’s upper reaches increased their numbers by over 400% during a 20-year period.

Red Brook is a small, spring fed, 4.5-mile-long trout stream that empties into Buttermilk Bay, not far from the Cape Cod Canal. Meandering south from White Island Pond, for much of its length Red Brook serves as the boundary between the towns of Plymouth and Wareham in southeastern Massachusetts. Having been lured to Red Brook by its sea-run brook trout fishery, Theodore Lyman III began buying land along its banks in 1870. His first purchase was a small house, salt marsh and shoreline on Buttermilk Bay. The Lyman family eventually deeded over their Red Brook property to Trout Unlimited, with the understanding that TU would restore the brook’s sea-run brook trout fishery. In 2001 TU signed an agreement with The Trustees of Reservations (TTOR) and the Massachusetts Division of Fisheries and Wildlife that created the 638-acre Red Brook Reserve. The 210-acre Lyman Reserve, owned by the Trustees, is [under the agreement] jointly managed by the three parties. The 428-acre Red Brook Wildlife Management Unit section of the reserve was expanded in 2009 to protect the entire stream by the purchase of 245 acres at its headwaters. Between 2006 and 2009, four dams were removed from Red Brook in the Lyman Reserve by the Massachusetts Division of Ecological Restoration, TU and TTOR, along with extensive habitat restoration. Red Brook’s brook trout population is healthy once again. Herring, eels and brook trout now swim an unobstructed Red Brook for the first time in 150 years. A restoration of Red Brook in cranberry bogs at the headwaters, scheduled for 2014 and 2015 is ongoing and as of 2017 is awaiting additional funding.

The Lyman Family at Red Brook

One of the first conservationists to address the decline of salter brook trout in the Commonwealth was Theodore Lyman III, Lyman attended Harvard’s Lawrence Scientific School and was a student of Louis Agassiz. 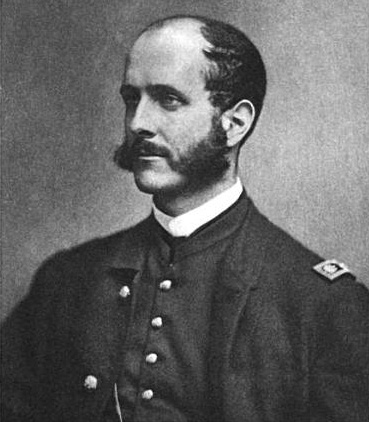 In 1867 Massachusetts appointed a Fisheries Commission. One of the Commissioners, Theodore Lyman, undertook a study of the decline of anadromous fish in coastal streams of Massachusetts. Lyman quickly ascertained that dams and cranberry agriculture were the causes of the declines in salter brook trout runs. With the help of Samuel Tisdale, Lyman built the state’s first fish hatchery at Maple Springs in Wareham, MA. While searching for suitable brood stock for the new hatchery, Lyman was so smitten by Red Brook’s salter brook trout that he bought a house and land alongside Red Brook’s salt marsh. The Maple Springs hatchery burnt down, but thanks to Theodore Lyman, Red Brook’s trout continue to survive. By the 1970’s the Lymans had acquired 638 acres along Red Brook, protecting most of the stream’s 4.5-mile length. The Lyman Journal, a document spanning 100 years from 1870 – 1970 at Red Brook, shows that the number of salters being caught dropped from the 1930’s through the 1990’s. Since the early 1990’s, due to stream restoration and the removal of four small dams, the population of wild sea-run and non-migratory brook trout has rebounded to the point where catch rates are at the same levels as during the late 1800’s.

Read more about the history of the sea-run brook trout fishery and ongoing restoration efforts at our Bibliography Page and Blog.